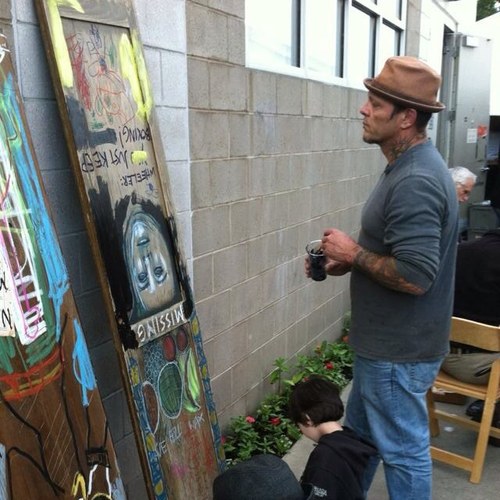 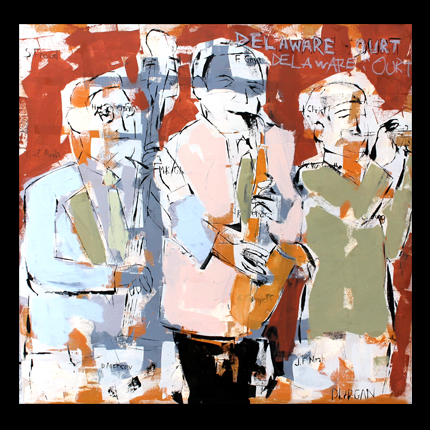 Phil Durgan: 1966-2014 Gone too soon but his art lives on. Part of proceeds from the sale of his artwork goes to support his family. Here’s the short bio Phil wrote about himself in early 2014 before his untimely death:

Phil Durgan has herded sheep and lived in a ’59 Impala in San Francisco, but never attended art school or received an MFA. His love for jazz music, women, Beat Generation writers and post-war painters resonates in both the color and sound of his high energy paintings. He was an ArtVoice Best Painter nominee in 2012 and 2013. Originally from San Diego, he has called Buffalo, NY home for the past 6 years.